Sept 20, 2015 makes 117th week of delivering care bags to the homeless of Logan Square, Chicago. Six bags were made this week for a total of over 646 care bags. I made these bags for a group of young people, (three men and two women) I call “travelers”. I believe they are traveling around the country, possibly homeless, panhandling to get by. Its a polarizing issue, because sometimes these kids choose to be homeless and travel this way. I didn’t have enough time to talk to them but just left the bags and told them these may help them out. I noticed while I was driving away, one was looking at one of the postcards I place in the bag (I’ll attach a photo below). I saw him laughing; maybe he thought it was funny that in his mind, I thought they were homeless? I cant explain why the laughter but I’m just speculating. I could be completely wrong. That might bother some people but I just see some young people that might benefit from a care bag. Maybe they will find their way to the website and check out the stories? Maybe they will just toss the information away? I don’t want to judge people. I don’t know their stories but this is the only way I know of to figure this stuff out. 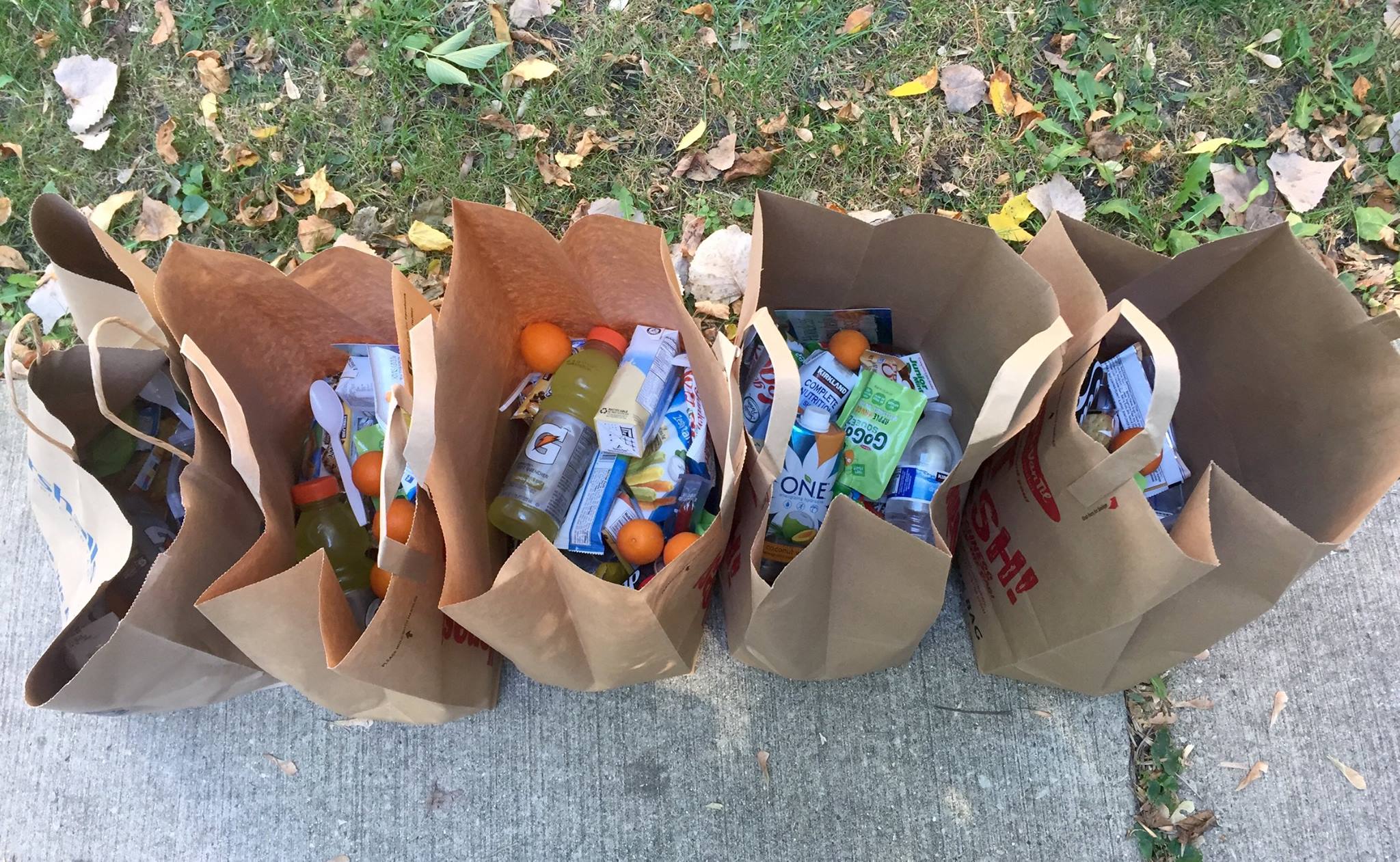 Its the 116th week of making and delivering care bags to the homeless of Logan Square, Chicago, my community. Six bags were made this week for a total of over 640 care bags made in the past 2.5 years. September 13th, 2015.
Its important to share every so often what goes into the bags, if you haven’t seen that page of the website (www.care-bags.org/?page_id=46). This is the contents of one typical bag. It contains toiletries that are contained in a gallon zip-loc bag so the soap/perfumes don’t impact the food items. There’s cold drinks, powder, wet wipes, Rolaids, Chap-stick, tissues, many types of nutritional bars and treats, fresh fruit and sometimes clothing as well as local shelter/assistance information. You make these bags with all the consideration as you would have making it for a good friend. Its a time to be thoughtful and caring; cold drinks on a hot day, warm clothing and hand warmers on a cold day. Anyone can do this. care-bags.org, ‪#‎ShareTheCare‬,‪#‎carebags‬.

Yesterday was the 115th week of making and delivering care bags to the homeless of my community of Logan Square, Chicago. The total is over 634 care bags, September 7th, 2015.

It was a good day, everyone was in good spirits and I spoke with Roger for about 20 minutes. We were talking about where he’s been sleeping; under an overpass , in a two person green tent. We were talking about the other people that have taken shelter in the spot with the number now at about 8 people. He keeps to himself and tries to stay away until its time to sleep. I was concerned he and others were being bullied by a man named Marvin. Roger told me Marvin respects him and doesn’t steal from him, though he maybe from others when they are gone from the encampment. He kept saying he just wants to be talked to like a man. That resonated with me. That’s one of the things he still owns. care-bags.org, ‪#‎ShareTheCare‬,‪#‎carebags‬ 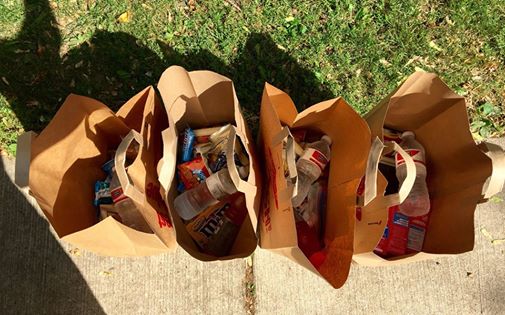