March 3, 2014, week 47 of making and delivering care bags to the homeless of Logan square, Chicago. As of today 249 care bags containing nutritious food items, toiletries and clothing have been delivered.

Im excited to get the new HD camcorders I ordered and give out to a few homeless on a regular basis, in 24 or 48 hour intervals. I hoping they will be willing and open to capture moments of their lives that we take for granted and help educate on what they go through.

When I saw Michael, he told me how much pain he has from a wisdom tooth coming in and actually cracking a molar. He told me he has been suffering migraines and extreme pain under his chin up the left side of his face. Dental problems are so painful and I cant imagine what resources he has to remedy this. He is going to try a local dental school to get inexpensive care and I hope he goes soon. 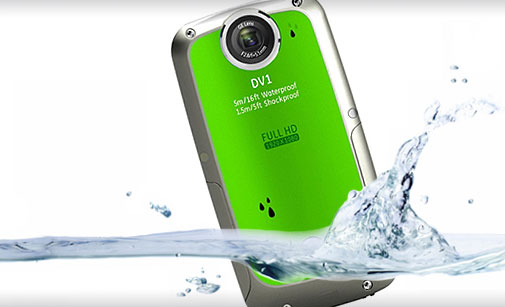 March 9, 2014
I delivered more care bags today in search of Roger.  Ive been by his normal spot on Damen and Fullerton, but no sign of him  I saw a young woman named Julie panhandling at a nearby intersection.  She remembered me and even pointed out its her third time receiving one of the bags.  We talked a bit about Roger and she told me he comes out a little later in the day on Sunday’s.  I’ll try to find him again in a few hours.  I was able to talk to Bud and Nick about using the HD camcorders.  Im excited to see the results as this goes on.  Bud and I went over the operation of the camera and talked a bit about what he might film.  He really seemed interested in sharing the things he sees on a daily basis with people.  He mentioned filming at the shelters and while panhandling.  Nick was interested as well, he and Michael will experiment with the filming.  Nick talked about Michael as if he is the “gadget guy” between the two of them and will have a lot of fun with it.  There are so many possibilities; so many aspects of their lives they could share.   Im sure it will take several times of dropping the cameras off and picking them up again before they get comfortable with using them.  I told them to film whatever they wanted, no pressure to capture great shots or worrying about production, Nathan and I will take care of that during the editing.  My hope is also they treat it like a video journal and share the quiet  moments Nathan and I aren’t able to see.  Im hopeful they will capture the negative with the positive. 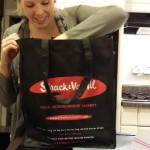 “Thank you to everyone who donated to my class project and ongoing cause for “care bags”…. I hope to follow in the big footsteps of Gene Pellegrene and continue providing these bags for the homeless! You guys are truly an amazing group of friends! More photos to come….”

March 16, 2014, week 49 of making and delivering care bags to the homeless of Logan square, Chicago. As of today 258 care bags containing nutritious food items, toiletries and clothing have been delivered.

Everyone I saw today was in good spirits despite the biting cold.  24 degrees currently but the sun is shining.  Nick and Michael were excited to visit a friend later today as they meet at Nicks favorite pizza place, Judy’s Pizza in Highland Park.  Nick used to eat there when he was a kid, so its sentimental to him.  He and Michael have had the camcorder for a week now but seem to have some preconceived ideas about what they want to capture that are limiting them from recording more often.  Bud’s camcorder was stolen within 24 hours of him having it.  I could see how broken up he was, even offered me money for the camera.  I tried to put him at ease by telling him theft and breakage was something I prepared for.  He placed the camera in a coat pocket and someone at the shelter stole his coat and with it the camera.  I’ll work on getting more cameras soon as well as finding a better price on the 32 gig memory cards.   I saw Jeff today for the first time in weeks.  He asked me if I missed the dog I had for a few weeks, Mickey and shared with me some comforting words that he was probably ok.  He hasn’t been panhandling for long periods of time, like usual.  He told me people havent been as generous these past couple weeks.  He’s also been making very large signs when he panhandles because he says he can tell more easily if people are reading them.  He can see their eyes scan down the sign.  Unfortunately, most people don’t read the sign, he laughed and told me he could write almost anything on these signs and no one would notice.  I also saw Roger, I haven’t seen him for about two weeks as well.  We talked a bit about the weather.  Just as I was leaving, I was happy to see two young girls get out of the car, driven by a man, probably the father of one of them, if not both and take Roger a couple small bags.  They were smiling and happy and I couldnt help but think that kind of caring, practiced over and over would really keep Roger in good spirits.  He needs to know there are caring people in the world.